Awareness of wildlife consumption among high school students in Hanoi

Wildlife consumption has been apparent for several decades to even today. This is mainly due to the awareness among past generations and their belief in certain values of wildlife products. This report focuses on the current status of the wildlife trade and its main drivers, as well as the younger generation’s responses to wildlife-related issues.

The findings aim to show whether the young generation’s awareness regarding this matter has differed in any way and predict how the trend of wildlife consumption in the future will be.

This small research was undertaken by means of desk-study and questionnaire. The desk-study involved the assessment of relevant information on wildlife consumption and trade in Vietnam. Information was collected from various sources, including official reports, news, and magazines.

The questionnaire included in this report targeted high school students aged 17 and 18 in Hanoi, with a size of 100 responses over a period of 5 days. Respondents were surveyed at home, not in class, and were selected randomly from different high schools in Hanoi.

Vietnam is well known for its high level of biodiversity in the world with about 10,900  species of terrestrial animals (MONRE, 2019). According to the Vietnam Red Data Book 2007, 882 species, including 418 fauna species in the country are threatened, an increase of 167 species compared to the 1992’s figures. Amongst those, 116 fauna species are classified as “very endangered”.

Major threats to rare wildlife species can be shown as follows:

In Vietnam, forests are an important habitat for most animal species, including the threatened ones.  However, a large area of primary forests in Vietnam have been cleared for decades, which has resulted in a sharp decline in the area of natural habitats. Furthermore, economic development and population growth has also led to the expansion of agricultural and industrial activities. In this context, many natural forest areas have also been converted to cultivation and production that create considerable impacts on biodiversity.

Rapid urbanization and industrialization have been regarded as one of the major causes of environmental pollution in Vietnam. Untreated domestic and industrial waste water has been discharged into rivers and lakes, then being absorbed into the soil. The contamination in soil and water has destroyed ecosystems and caused loss of biodiversity.

Vietnam is among those  countries most at risk of the impacts of global climate change. In 2012, Vietnam Ministry of Natural Resources and Environment estimated that the sea level under climate change scenarios would rise from 75 cm to 1 m. These scenarios could significantly affect 78 ‘critical habitats', 46 nature reserves, and 31 other biodiversity areas. Due to climate change, many wildlife animals could suffer from negative changes in their habitats, scarcity of food resources and extreme weather like floods, droughts, and storms (MONRE, 2019).

Illegal wildlife hunting for commercial purposes has caused a high risk of biodiversity loss and extinction in Vietnam.  The consumption and use of wildlife and their products for luxury foods, pets and medicinal remedies has tended to increase over decades. The illegal wildlife trade that becomes popular in restaurants and markets is also  the cause of endangerment to many rare species.

In Vietnam, illegal wildlife trade started to appear in the late 80th century. However, only three centuries later, Vietnam has become one of the largest markets for wildlife trade and consumption in the world (WWF,2016). A significant number of illegally traded products from African rhinos, African elephant ivory, pangolin scales, turtles, snakes, and tigers were reported.

The increase in demand for wildlife consumption and illegal trade sources both inside and outside Vietnam has lead to a severe decrease in many rare species: Rhinos were reported to be extinct in 2010; there are no more than 5 individuals in tiger species and less than 100 individuals in wild elephant species; 16 out of 25 primate species are endangered. (Minh Nguyet, 2019).

According to “The Review of wildlife violations and Law Enforcement Response to wildlife offences in Vietnam in 2013-2017”, there were a total of 1,504 violation cases with over 130 species transported, traded, hunted and captivated illegally. When it comes to the weight of confiscated species, over 41 tons of wildlife and wildlife products were confiscated by law enforcement agencies in Vietnam, including ivory, pangolins, snakes, boas…(D. H. Nguyen and T. M Dinh, 2020).

The main drivers of wildlife consumption come from the affirmation of status or enjoyment of luxury when owning wildlife products. Besides, consumers also believe that specific wildlife products have medicinal value. To illustrate, in Vietnam, ivory is traded and used as valuable gifts. It is believed to reflect both the high social status and wealth of recipients and givers. Additionally, other wildlife species are considered to bring health benefits. For instance, consumers use tiger plaster most to treat arthritis and bone problems while using rhino horn as a detoxification for the body and for curing serious illnesses. The consumption of pangolins is thought to help the treatment of rheumatism, asthma, skin diseases, and cancer. Even some breastfeeding women in Vietnam eat pangolin meat for their belief of promoting lactation (USAID, 2017).

According to the survey, 84.7% of respondents heard about wildlife consumption in Vietnam compared to 15.3% who have no information.  It can be seen that most high school students today are exposed to information about wildlife. This may result from the fact that wildlife-related issues have become mentioned more often.

The findings possibly confirm that the media and digital platforms play an important role in sustaining the awareness of students about wildlife consumption in Vietnam due to easy access. In addition, high school students learn such information from daily settings (e.g friends or family members) rather than academic settings (e.g workshops or public broadcasts). Nevertheless, people seem not to discuss this topic very often, nor do the older generation discuss this with the young generation.

Percentage of respondents choosing each level of interest on scale 1-5 (Level 1 demonstrates the lowest interest): 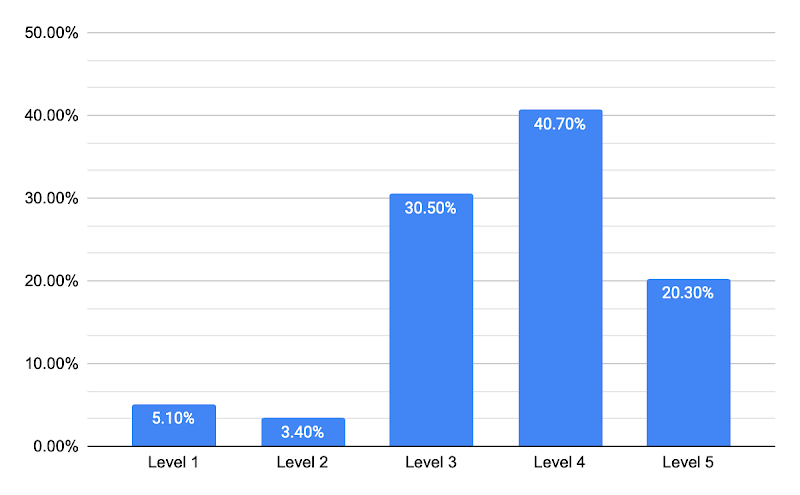 Most of the students surveyed are somewhat interested in wildlife consumption, which could be seen as a good sign. Over one-fifth demonstrated very high interest. Under one third remained neutral, and under one-tenth showed little or no interest in the topic. 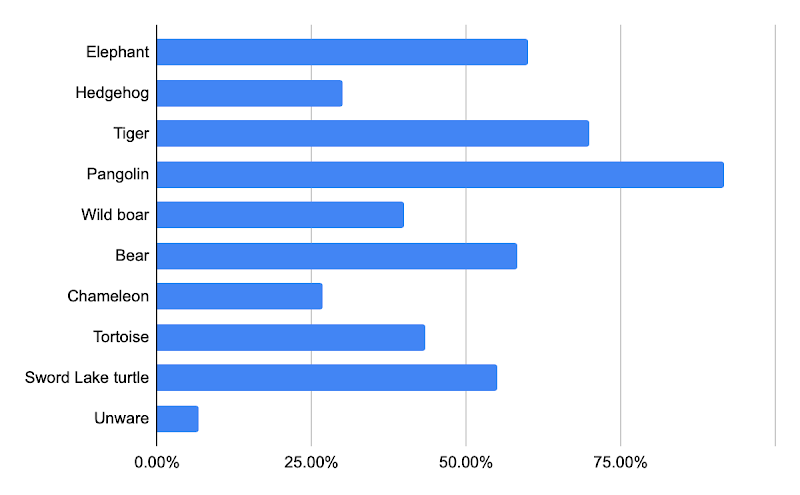 When surveyed about rare wild animals in Vietnam, nearly all respondents know that pangolins and tigers are listed as rare species. Over half of people also believe that elephants, bears and Ho Guom turtles are rare animals while about one third chose chameleon and hedgehog. Only a small percentage of those surveyed were unaware.

As no one responded that they did not know any reason to protect rare species in Vietnam, young people today generally believe it is necessary to protect the wildlife. The major reason was claimed by 95% of respondents to be “to balance the ecosystem.” Almost 80% of those surveyed responded that they adored animals and did not want them to be extinct. The third most popular choice was “to allow the next generation to see those species” (at 60%), followed by “to use them for scientific purposes” answer (at 30%), and “to make our world lively” answer with only 1.7%. However, another 1.7% responded that they would protect wildlife to later multiply for their meat.

Students surveyed were also aware of some threats to wild species in Vietnam. Almost every highschooler knows that the wildlife extinction is caused by human activities. Of those surveyed, 95% believe that habitat destruction is a main cause while 90% bring their claim for environmental pollution.  They are also aware that the consumption and trading of wildlife for multiple purposes has increased the risk of extinction of rare species. The percentage of those who think that rare wildlife animals become extinct because of being used for medical practice (91.7%)  is respectively equal to the percentage who understand that eating wild animals leading to their extinction (86.7%). It is surprising that only 1.7% of students perceive that hunting wildlife animals for entertainment, decoration, or high profits can contribute to their extinction in Vietnam.

The results mentioned above indicate that the youths are well aware of wildlife consumption and its consequences. They have learnt the importance of the wildlife, ecosystem and its balance. In addition, many of them also demonstrate their care for environmental issues in Vietnam. On the other hand, there is a lack of awareness among students about the consumption of rare species for decoration or entertainment.

2.3  The trend of wildlife consumption

When being asked to rate the probability of consuming wildlife in the future, 86.7% of respondents said “never” compared to 13.3% who chose “maybe”. In particular, no one expressed their interest in wildlife consumption. This to some extent can be seen as a positive result. The majority of high schoolers have responded against wildlife consumption while none responded with a definite probability to consume. As the younger generation is becoming more and more conscious of the damage of wildlife consumption, most of them develop a progressive mindset on this issue and against it.

The survey also finds out the reasons why high school students would consume products made from wildlife. The majority indicated that there was no reason for wildlife consumption (88.4%). Only less than 10% might consume wild species for their medical products or for the influence from others around. Few of them would consume products made from wildlife for social status, fortune, and for meat.

It can be seen that most students no longer believe in the so-called benefits of wildlife consumption. Some young people were unsure if the products they used were made from wildlife. However, overall, wildlife consumption may decrease in the future due to the rising awareness of the young generation.

The perspectives of Hanoi high schoolers on wildlife issues are reported to be very positive. Most of them are aware of the harm from consuming wildlife and some even demonstrate a high concern for wild species. Society is becoming more and more progressive, enabling students to access information about wildlife as well as providing tools for them to gradually make a change regarding this issue.

The media and the internet have an important role to spread messages about wildlife-related issues. The survey results indicate that current messages have reached the youth, but it may not focus enough on the consumption of wild animals for other purposes (e.g. entertainment, decoration…) and through both formal and informal educational tools.

The use of products derived from wild animals could be affected by friends or family members. However,  it is recognized that these high school students are likely to have greater exposure to conservation issues than their elders. Based on the findings of the survey where almost all respondents are not willing to use wildlife products, we can expect a promising decrease in wildlife consumption and an increase in conservation in the future.

This small research provides information on awareness of Hanoi high school students as well as the key drivers for wildlife consumption in Vietnam. Besides, there is need for further research for a broad spectrum of target respondents, for example high school students over the country, to reveal the wider overview.

MONRE - Ministry of Natural Resources and Environment (2019). The sixth national report to the United Nations Convention on Biological     Diversity.


Awareness of wildlife consumption among high school students in Hanoi 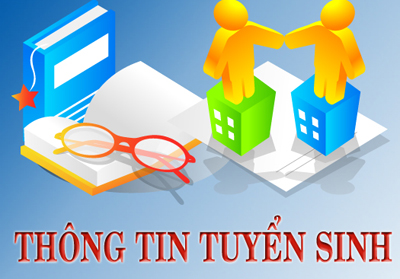 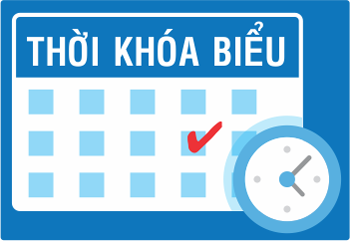